By now, you might be wondering why I’ve been getting all this stuff for a room with nowhere to sit; it’s because I have not yet found a sofa or any chairs that I’m sure about. But I’ve been spending hours upon hours on google and in stores looking and my eyes are always peeled just as they were this morning when Jenny and I were on our way to get breakfast. I spotted an old couch in the yard along a busy street that looked like it could work.

After breakfast we went back to the house and I got to take a closer look at the couch. It was a bit too ornate and seemed a bit earlier in style than what I envision, but as it turned out one of the guys that lived at the house was a sort of Christmas decoration historian and he knew a LOT about lights. His name was Leonard and he was very friendly and gave me some good info on what to look for as far as bulbs, tinsel, ornaments, etc. He had some strings of lights, one was probably from the forties and the other two were newer but in the same style so I bought them.

Leonard gave me his contact info and said he might have some more stuff for me to buy early next month as he prepares for a Christmas decoration show in Seattle in mid November.

Naturally, I will have to mostly use bulbs that only look like they’re from the forties for the tree since they burn out and I’m not going to break my back looking to replace every bulb with one manufactured during the period. I think if I stick to the “fat” looking bulbs, it’ll be fine. The wiring is what matters most. 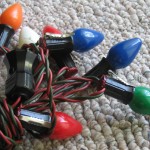 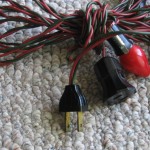 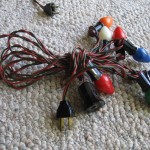 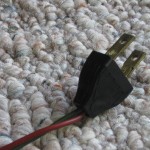 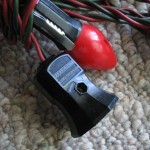 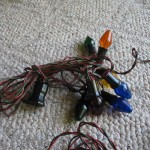 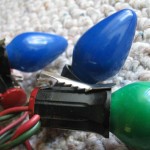 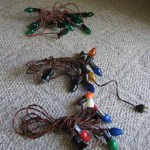 No Comments to “Christmas Lights”

Click here to cancel reply.
More Christmas Lights and Some Other Decorations A Telephone