My aunt heard about the forties room and sent me some things she had from my mom’s side of the family.

The first is a collection of pin-up girls that my grandpa got while in the army during WWII. My aunt said some of them had some bites taken out by “the mice.” She didn’t specify whether or not these were pet mice.

The second is a set of four ink blotters that belonged to my grandpa’s cousin. Ink blotters, as I found out, were used before the invention of ballpoint pens to remove excess ink on letters; since they used ink wells and fountain pens before the fifties, the ink would bleed and smudge if they weren’t blotted. In the picture below, you can see one of them was used.

Finally, I got a set of 1943 ration books, complete with envelope and instructions, sent to my grandma’s uncle who was a farm laborer in Hamilton County, Illinois and who had never married. 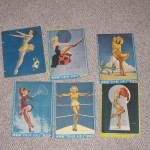 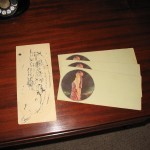 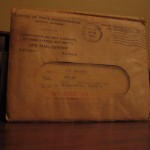 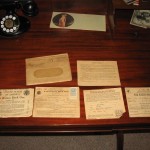 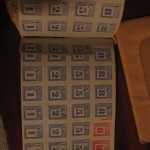 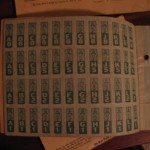 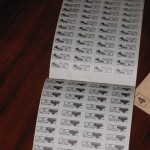