A Suitcase, Newspapers, and More Magazines

It’s been awhile since Jenny and I went antiquing (I’ve been saving money) so we decided to go out again.

I found a really cool-looking suitcase and the only information I could figure out from it was the locks say The Eagle Lock Company, Terryville, Conn. Googling around, it looks like the Eagle Lock Company was in business and operating under that name between 1854 and either 1954 or 1975. So I don’t know if this is necessarily right for the room, but I’m going to keep researching. It certainly looks like it’s from the right period.

I also picked up 5 issues of The Binghamton Sun from Binghamton, New York. The papers’ list price is three cents and the issues are from June 27, 1940 to February 5, 1941. 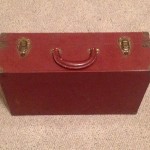 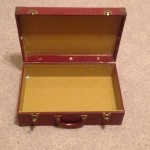 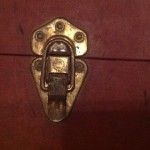 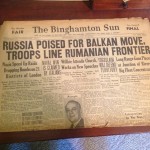 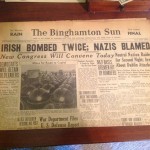 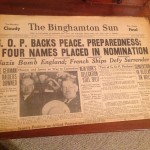 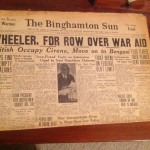 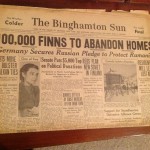 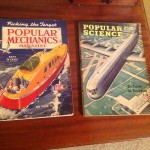