Jenny and I took the baby on her first road trip and we went to Kansas City to visit Jenny’s friend.  We only had about an hour before the drive home to go antiquing so we went to the Kansas City Brass Armadillo.  I had to be quick and skim each seller’s booth as fast as possible, but when I hit upon one that had some quality stuff, I didn’t look at any other booths; I just grabbed some well-priced things without doing too much Googling on my phone.

I did pick up a Prince Albert tobacco tin for $5 which are very common, but this one had a Mississippi 6 cent tobacco tax stamp on it so I knew I’d be able to date it once I got home.  Unfortunately, it’s from between 1958 and 1962 so I can’t put it in the room.

In 1920, some drug stores across North America started rebranding themselves as Rexall.  So it makes sense that they would start handing out Rexall-branded notepads around that time.  I found one of those notepads that belonged to a student that was a Roscoe High School sophomore in 1920.  Based on some of the names in the pad, the class colors, and the class flower, it seems Roscoe High School was in Coshocton County, Ohio.

There are some class notes and some essays and near the back, someone was tracking their spending habits.  They bought a lot of candy, cookies, and ice cream too.  Rent was $5, an umbrella was $1.50, and hairpins were 5 cents.

I also picked up a Dannen Mills notepad which was empty except for the owner’s name, address, and phone number.

Finally, I found this Movie Shots Film Co. letter which had a photo postcard and instructions for their newspaper contest.  I’m guessing the company was short-lived because the only trace of this company I could find on the Internet only tells me it was incorporated in 1939 and they had a booth at the New York World’s Fair that year.  Apparently, they had photographers take peoples’ pictures and then selected one to include in the Philadelphia Daily News newspaper.  If you bought the newspaper and saw a portion of your photo in it, you can bring your postcard back to the company and claim your cash prize.  It seems like an ingenious way to get newspaper subscribers. 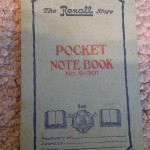 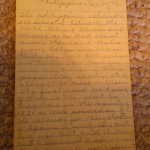 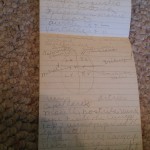 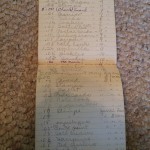 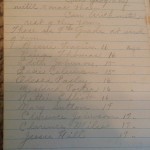 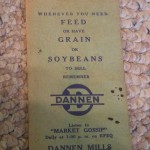 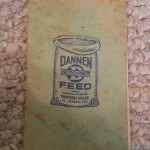 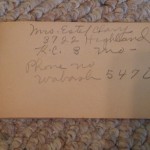 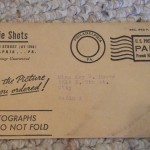 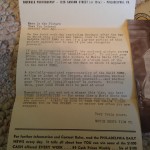 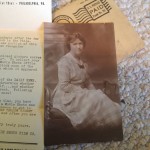 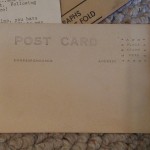